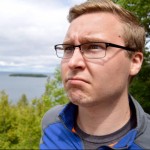 University of Illinois at Urbana-Champaign

Andrew Vojak is a Senior Software Engineer at Raytheon Technologies, and is currently pursuing a Master of Computer Science degree from the University of Illinois at Urbana-Champaign. He has been working professionally since graduating in 2014 with a B.S. in Computer Science, also from the University of Illinois. During his time at Cerner, Andrew has helped develop software to integrate physiological waveform data into electronic health records. He has made a substantial impact on the project, and has been recognized for his contributions around improving workflow performance and CPU utilization. Since joining Raytheon in 2017 Andrew has worked on several programs, including GPS OCX where he developed a suite of tools to assist data-gathering from automated testing. In his current role, Andrew is focusing on implementing DevOps practices where he has designed and developed standardized CI/CD pipelines used program-wide.