So far I’ve only built outdoor pieces - my workbench, some built-in shelves in the garage, and now a pair of loveseats. The goal is to slowly improve my skills by starting with rougher, outdoor pieces before graduating to indoor furniture. Along the way I’ll gather the tools I need and get comfortable using them.

The best part of DIY work is that you can design to accommodate the space. In this case I had the added constraint of cushions. Outdoor furniture cushions can be very pricey, but thankfully we found two sets on sale from World Market. These dimensions directly influenced the entire design.

The design is completely my own, and was modeled in Fusion 360 so that we could get a good visual on what the end product would look like. When I actually started assembling, I ended up using five horizontal supports on the base instead of six, and the backrest is at a bit more of an angle. 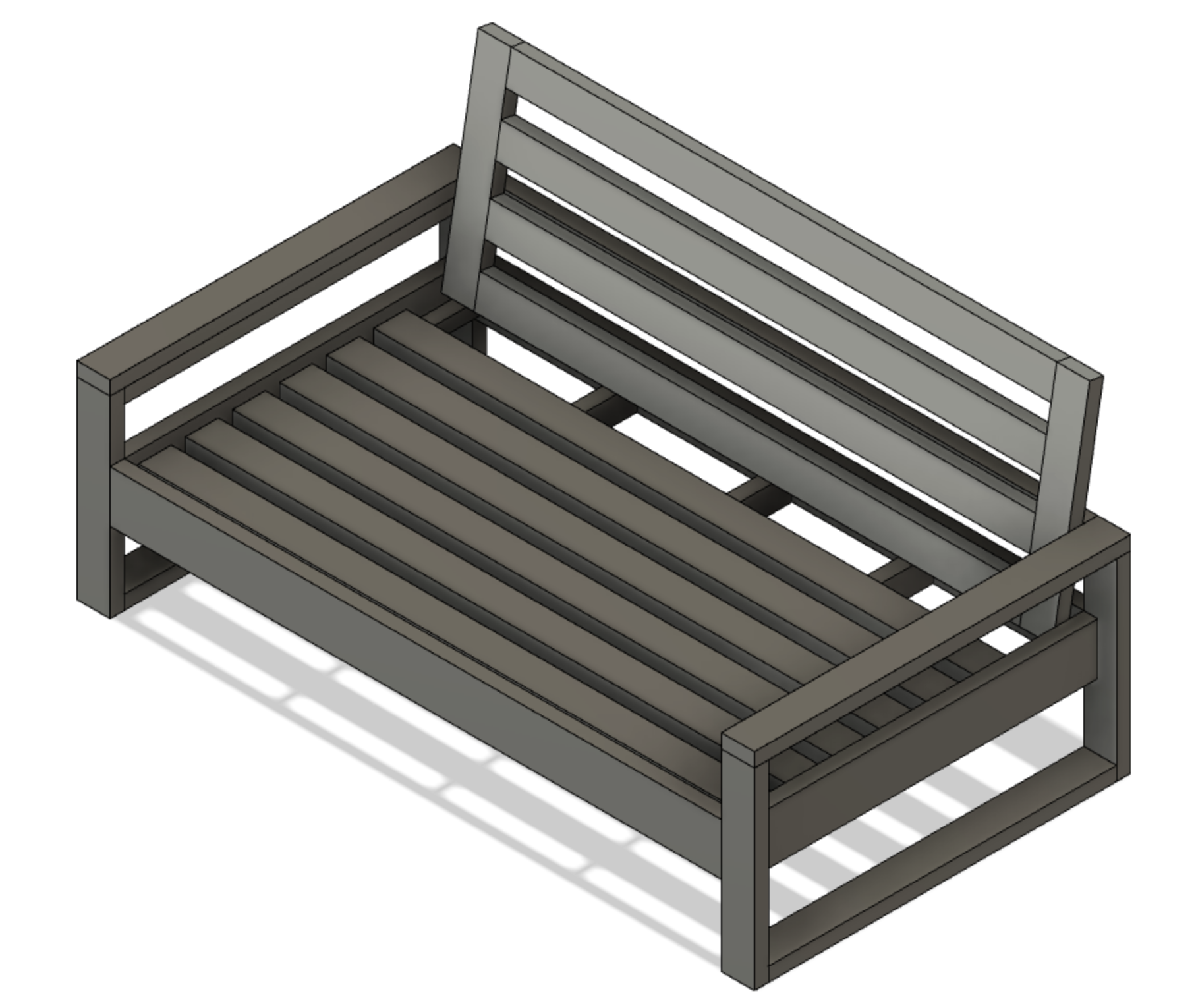 There are a couple of key elements to the design:

I built the loveseats one at a time. I didn’t want to buy and cut a bunch of wood if it wasn’t going to work! This also allowed me to learn a few things during the first build that would make my life easier for the second. Looking at the pictures you will notice the discontinuity because I didn’t do a very good job taking pictures at each step during the first build!

After cutting all the wood, each piece was sanded with 80 grit sandpaper and any surface which someone would come in contact with (e.g. arm-rest surface) was finished incrementally with higher grits.

The first step was to construct the rectangular arm-rest and end pieces. During the first build I learned that it would be easier to stain early rather than waiting until it was all assembled. I used Thompson’s WaterSeal that also included stain. It’s a relatively light stain because we wanted to still enjoy the natural wood look.

To join the pieces I used pocket-holes (which were later plugged and sanded smooth) and wood glue. For the most part I was able to place the pocket-holes where nobody would ever see them.

I cut a few pieces of scrap wood to act as spacers to help ensure that everything would line up properly.

With the end pieces finished, it was time to move on to joining them to construct the seat frame.

Next, I place the horizontal cross pieces to support the seat cushion. I dry fit everything first to see if I really needed all six pieces that the design originally called for. Turns out, I only needed five. Each was spaced a 3.5” apart.

Time for the back-rest! 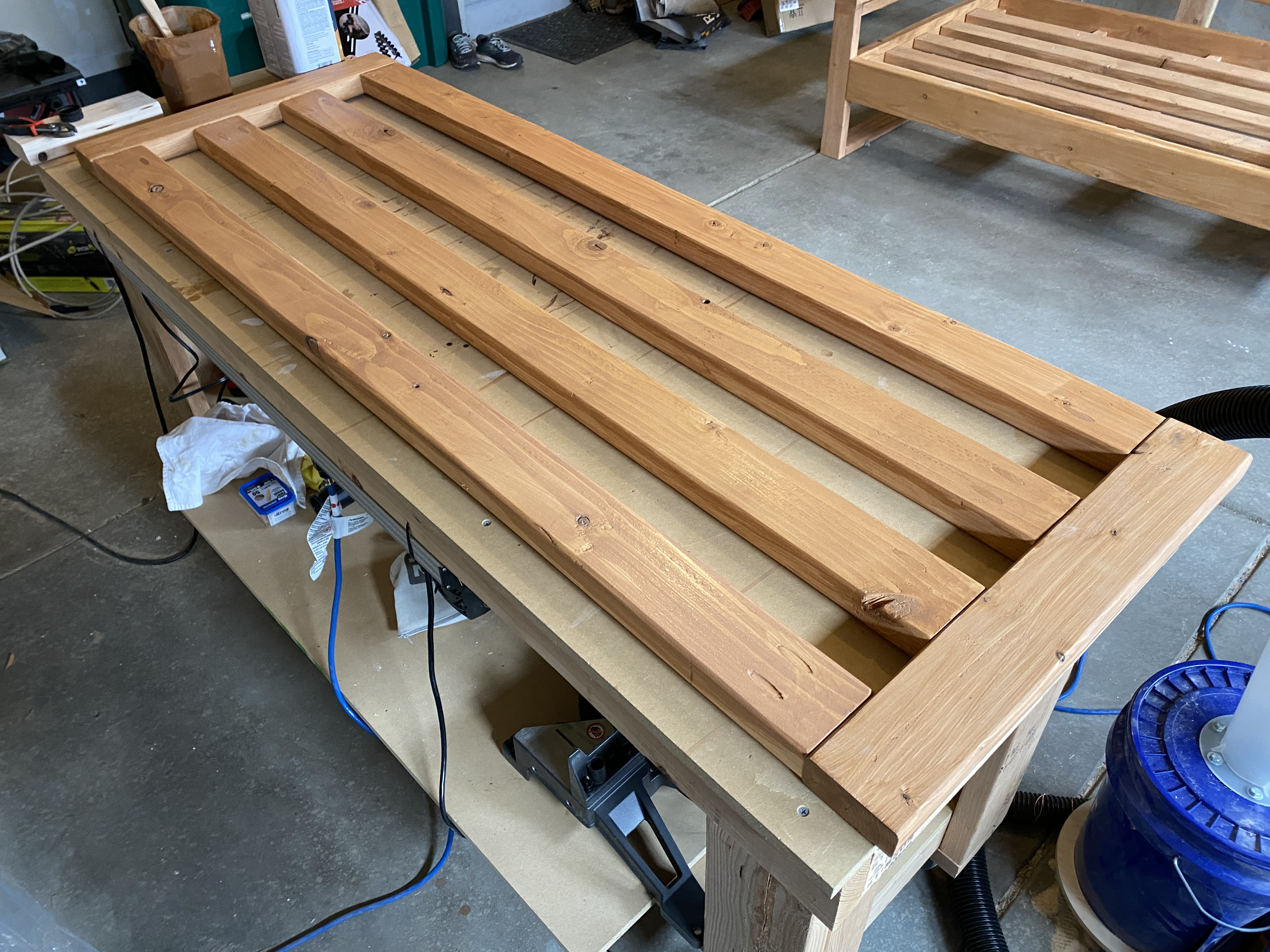 And now it’s time for the final assembly! I made sure to dry-fit the wood for the back-rest early on, so everything fit right into place. After placing the seat cushion down I positioned the back-rest at an angle and used four screws to secure it to the side pieces. 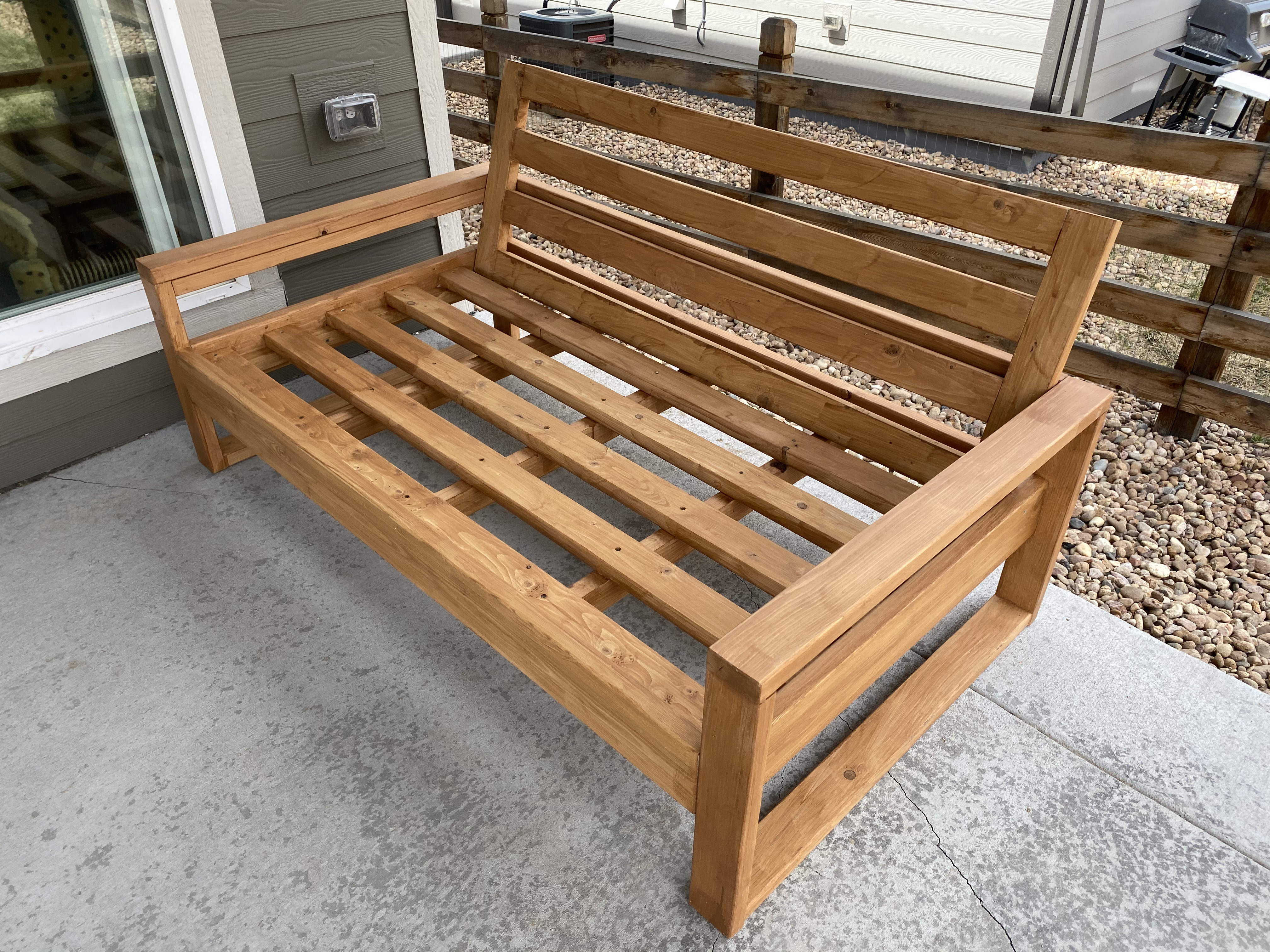 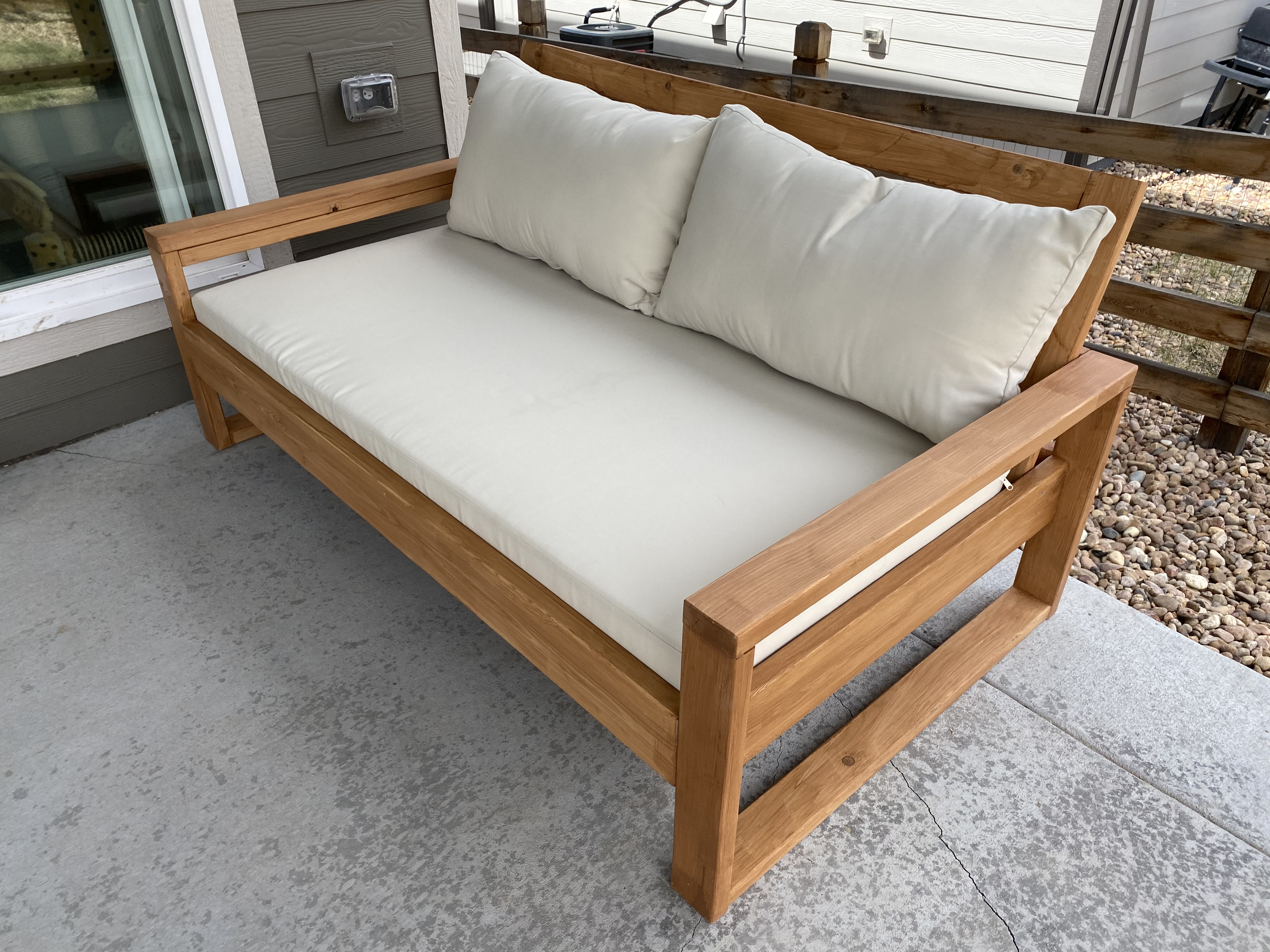 The back-rest ended up being a bit taller than I would have liked relative to the cushions (despite measuring at the start), but it works out well if you want to put your arm up. I also bought some heavy-duty, hard-rubber feet to use in the bottom corners. I’m not very concerned about the wood be scraped up, but there is a lot of wood-on-concrete contact going on. Also, raising up the bottom a bit will allow the furniture covers to be secured easily to the bottom (we get a lot of high wind here!).