I recently finished a final project for school to implement image morphing, and made some fun GIFs along the way!

The general image morphing algorithm is as follows:

Once all frames are computed you can create a fun animated GIF!

Please note that this project was created for a school project, and there are many, many things which could be improved upon. But at the end of the day, it worked, and that’s what counted!

I implemented this project using the following technologies:

Images are chosen from the webpage and drawn on an HTML canvas. A second canvas is placed in front of the image to collect and render the corresponding points that a user selects. 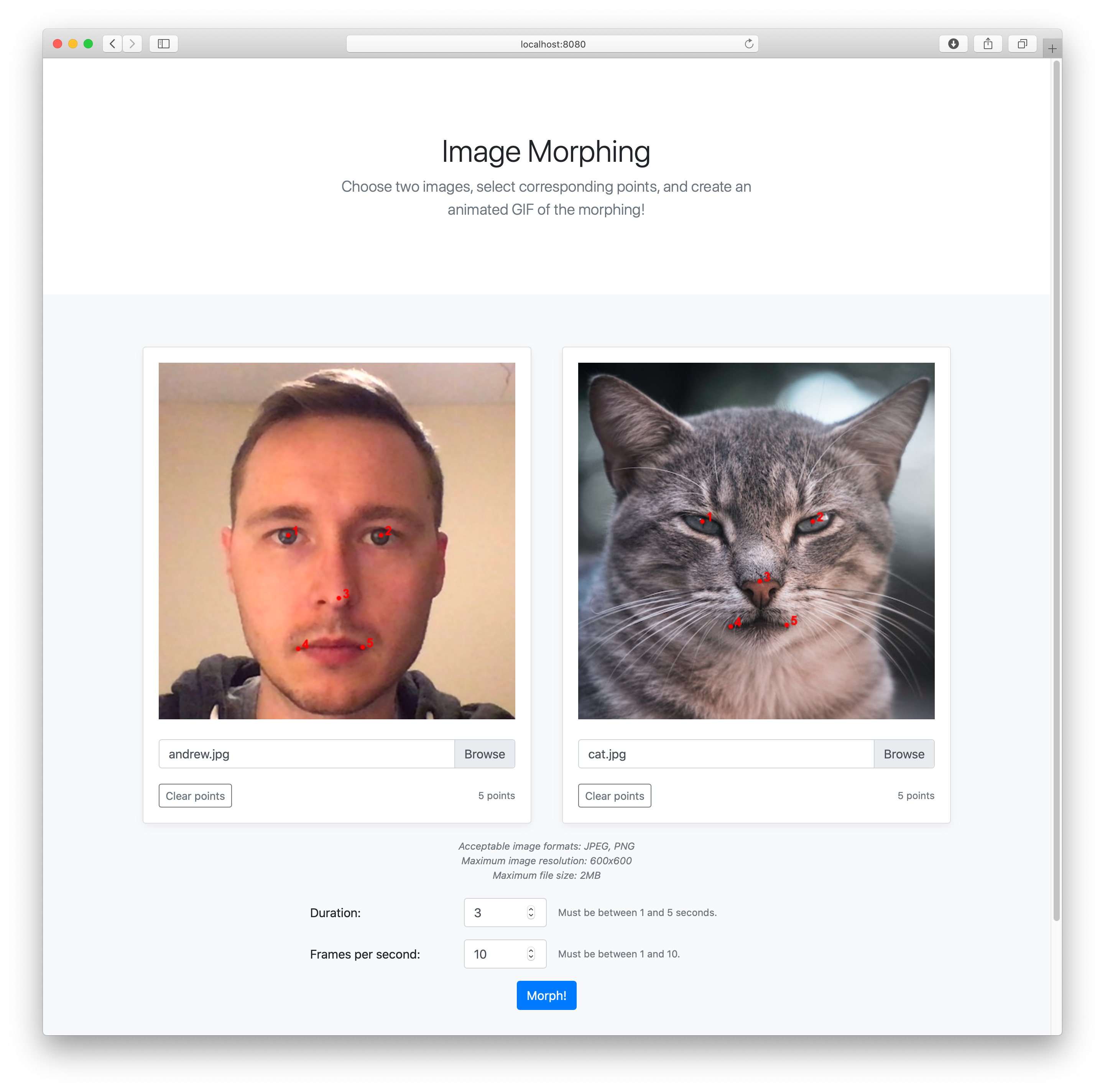 The user can then specify some parameters for the GIF that will be produced (duration and FPS). When the “Morph!” button is selected, the images are sent to the Flask server to begin processing.

While the morphing is occurring in the background, the user is redirected to a results page to begin viewing some intermediate results (a visualization of the corresponding points that were selected, and the triangulation applied to both images).

The results page is periodically polling the Flask server for results until the GIF is finally complete.

By far one of my favorite results is a morph of a young Anakin Skywalker 1, to an old Anakin 2, finally to Darth Vader 3:

And a somewhat unnerving morphing of my face into a cat 4: